Panampilly Memorial Government College, ideally situated on the banks of Chalakudy river, en route to Athirappilly and Vazhachal waterfalls, lies nestled in simple pride enjoying the rich abundance of nature’s splendor. Far away from the madding crowd, the cool breeze that comes with a touch of warmth and purity gently rouses dedicated effort and focused attention. The college stands on 25 acres of virgin land – 15 acres for the main campus, 5 acres for accommodation facilities, and 5 acres for sports and games. It proudly allows 5 cents of the land of working space to every student which is a rare luxury. 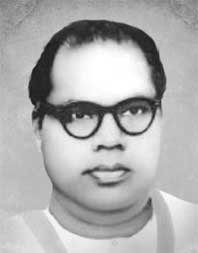 Panampilly Memorial Government College, Chalakudy, was started in 1975. It marked the fulfillment of a long cherished aspiration of the people of this semi urban highland geographical entity. The college is situated at Potta, 6 km away from Chalakudy town. It is named after the late Panampilly Govinda Menon, an illustrious son of Kerala. Born in 1908, Panampilly (as he was dearly called) was a statesman and politician of subtle and mature judgment, a diplomat and orator. He had a glorious political career at the state and the national levels. As a tribute to his brilliant political career in the state, he became the Chief Minister of the erstwhile state of Travancore and Cochin. At the national level, Panampilly was a Minister of State for Food initially, and then he rose to become the Cabinet Minister for Law and Social Welfare in Indira Gandhi’s cabinet in 1967. He is also known to have been instrumental in the nationalization of banks.